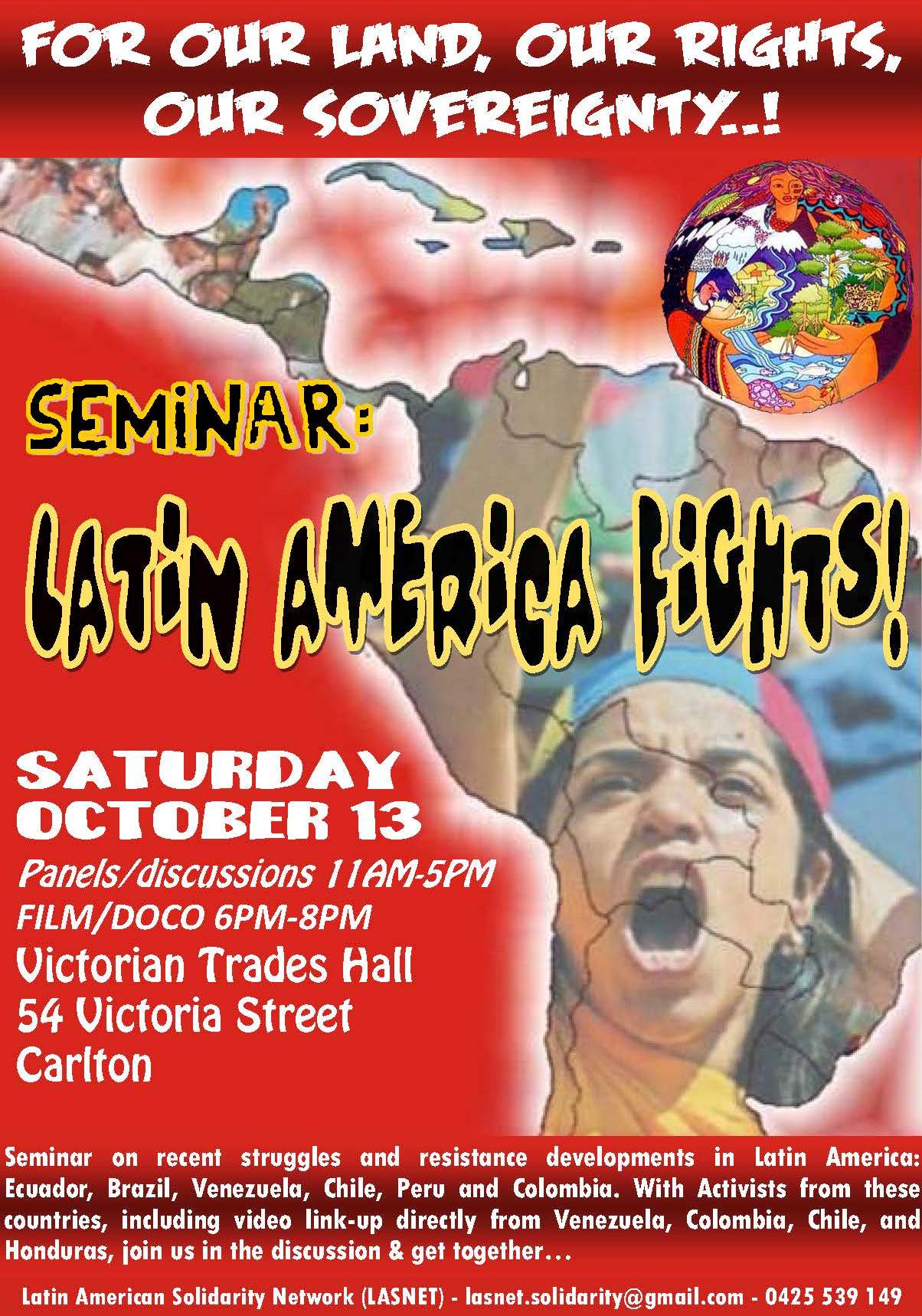 One day of information and discussion on recent and current developments in Latin America
Especially struggles on women, workers, indigenous and social and political movements from below:

US announced interventionists policies in Venezuela and peoples responses, Multinationals companies attacks on social leaders in Colombia, Honduras and Chile;

Brazil elections: Lula da Silva and his aspirations to be elected president in a sea of right-wing sabotages, lies and betrays to Brazilian people, what people response to the antidemocratic measures of Temer government;

Colombia elections results and prospect to near future;

Indigenous struggles in Latin America and repressive response form the states and governments, exploring latest actions against Mapuche people in Chile and Argentina;

South Pacific alliance with the hysterics and “smart” Mr. Trump…

El Salvador and Guatemala resists Neoliberal policies… and the people??