Autonomy and Resistance Gathering 2018
Latin America, Asia Pacific and Beyond! 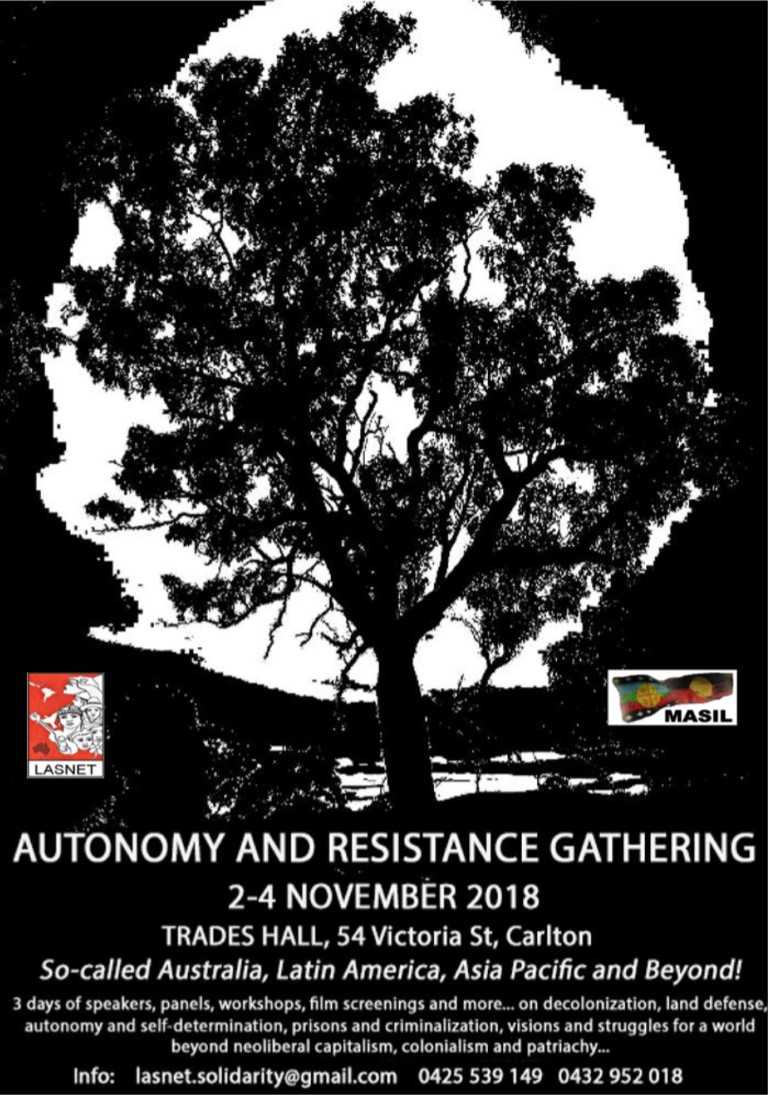 FRIDAY FILMS
5pm-10pm (ENTRY $5/$10)
“Black and Cuba”
This award-winning documentary follows street-smart Ivy League students who are outcasts at their elite university, band together and adventure to the enigmatic Caribbean island of Cuba, whose population is 60% Black. Their journey through the streets of Havana and Santiago reveals enthralling scenes of Cuban life including hip hop performances, block parties, and candid spontaneous encounters with AfroCuban youth. As they film their experience, the travelers discover connections between Cuban and American perspectives on human rights, race, and revolution.
https://vimeo.com/ondemand/34256

“Resistencia: The Fight for the Aguan Valley”
When a 21st century coup d’état ousts the only president they ever believed in, these farmers take over the plantations. With no plans to ever give them back.
“A thoroughly captivating window into history as never told by the winners — beautiful, enraging, profoundly inspiring.” – Naomi Klein, Author of the global bestsellers No Logo, The Shock Doctrine and This Changes Everything.
Beginning with the first coup in Central America in three decades, the film picks up the story of the farmers who responded to the coup by taking over the plantations of the most powerful man in Honduras. The camera follows three of the movement’s protagonists and one brilliant journalist from the capital city over the four years between the coup and the elections the farmers hope will return democracy to Honduras. But will the same people who took power by the bullet give it up by the ballot?
https://vimeo.com/ondemand/resistencia

“Amazônia Eterna (Eternal Amazon)”
At a time when the world is discussing the impact of human actions on the environment, Amazônia Eterna presents a critical analysis of how the world’s largest tropical rainforest is understood and appreciated.
https://www.youtube.com/watch?v=Q2zez1ydR24

Shorts:
Berta Vive! – life and death of Berta Caceres
The Land is Our Mother – Mapuche struggle and links to Australian Forestry

YOUR CAN REGISTER HERE: https://goo.gl/forms/CZOqfHzIWQGrVjH83

*(No one will be turned away for lack of funds)